It’s been a few weeks since I last posted here, and since it’s the weekend and I can’t get to play Fortnite on the PS4 as someone else is using it; So, I’ve fired up the PC, popped the 3% on Netflix and decided to write down what’s been happening with the game.

Most of the work has again been on the graphical side of things.  As many of you know, I am first and foremost a programmer, so a lot of this has taken a lot longer than you’d expect as I kept having to stop and watch tutorials on YouTube before stumbling my way round Blender some more.  Still, each time I use it, Blender is definitely getting easier to use. 😊 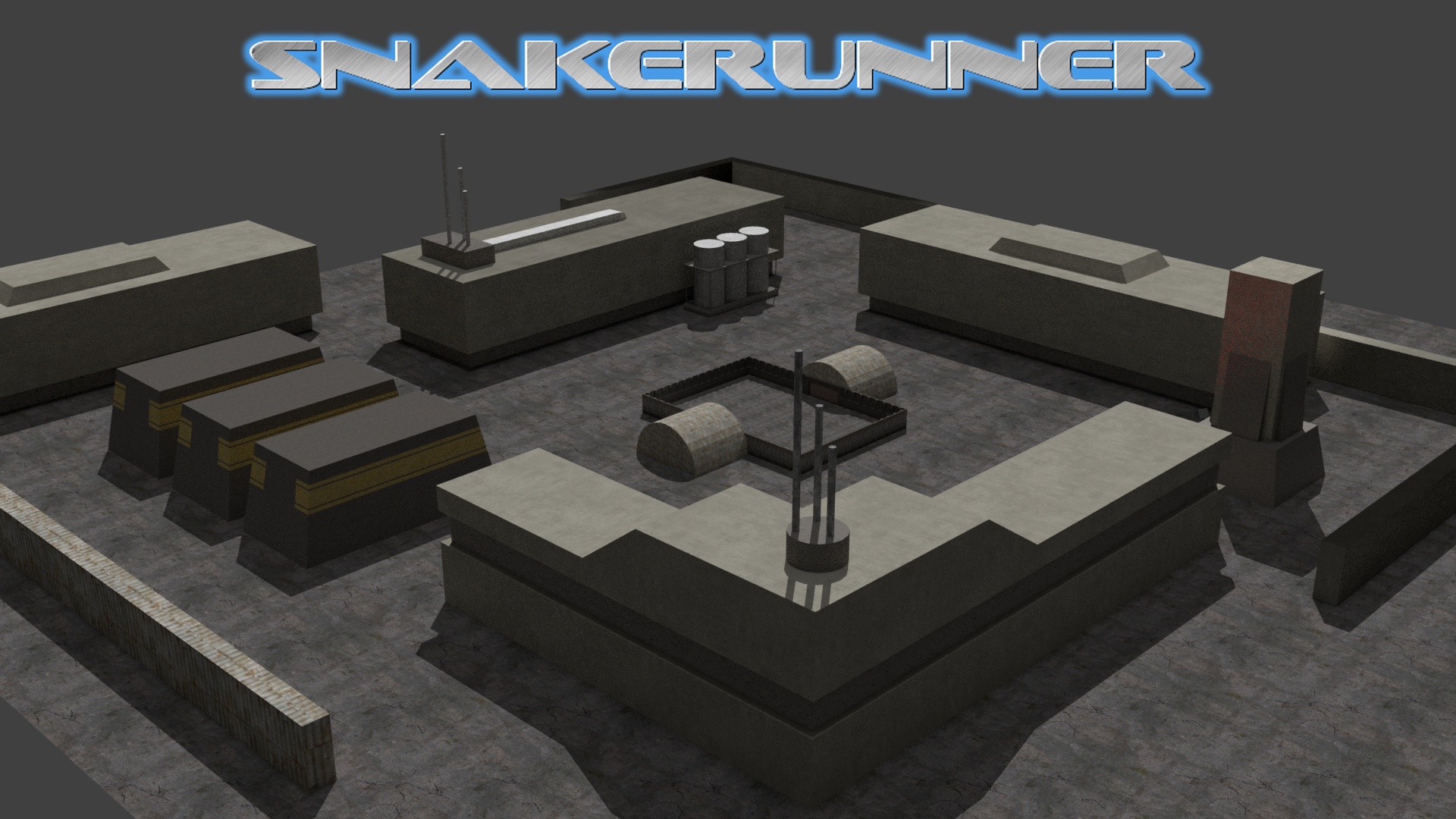 The background scenery around the arena took a few weeks to do.  The initial concept art was sketched using good old-fashioned pencil and paper.  The result is mostly faithful to the concept art, with a couple of modifications I’ll say about later.

The modelling itself also wasn’t too hard.  But the texturing was a huge pain in the ass.  I did experiment with using two different Blender engines for the modelling but settled with my first choice (Cycles if anyone is interested, because of the Node system).

Once I got this first textured model loaded into the game, I wasn’t entirely happy with the differences between how it looked in Blender.  Firstly, I’m not using dynamic shadows in the game, so the entire scene was evenly lit with no shadows, and secondly there were gaps between the buildings where the edge of the ground was visible, which is looked a bit odd.

So, back to YouTube for some tutorials on baking shadows onto textures, before having another go at the scene in Blender, adding an extra building and some surrounding walls to mask off the edge of the ground.

I also decided to add shadows to the rest of the existing models, which went quite well for the whole of the arena walls, but cause issues with the Hangar interior.

It turned out, somewhere along the lines the normals had gotten all mixed up.  The image above shows the untextured model displayed in AGK, as it was, and with the normals flipped.

Sorting this issue out was made a whole load easier with the discovery of this control, buried somewhere in the Blender UI

This makes the normals visible! So it didn’t take too long to get the problem fixed, as well as sorting out a couple of teensy problems with the UV layout.  (And yes, it does get frustrating trying to correct issues with normals when you can’t see them! Lol, *facepalm*, I did say I wasn’t a modeller! lol)

Here is the hangar interior shown from inside the game engine again.

Last on the list were the actual ship and pickup models, and since I felt more confident using Blender, I decided to try and add a few fancy effects as well as some ambient shadowing. 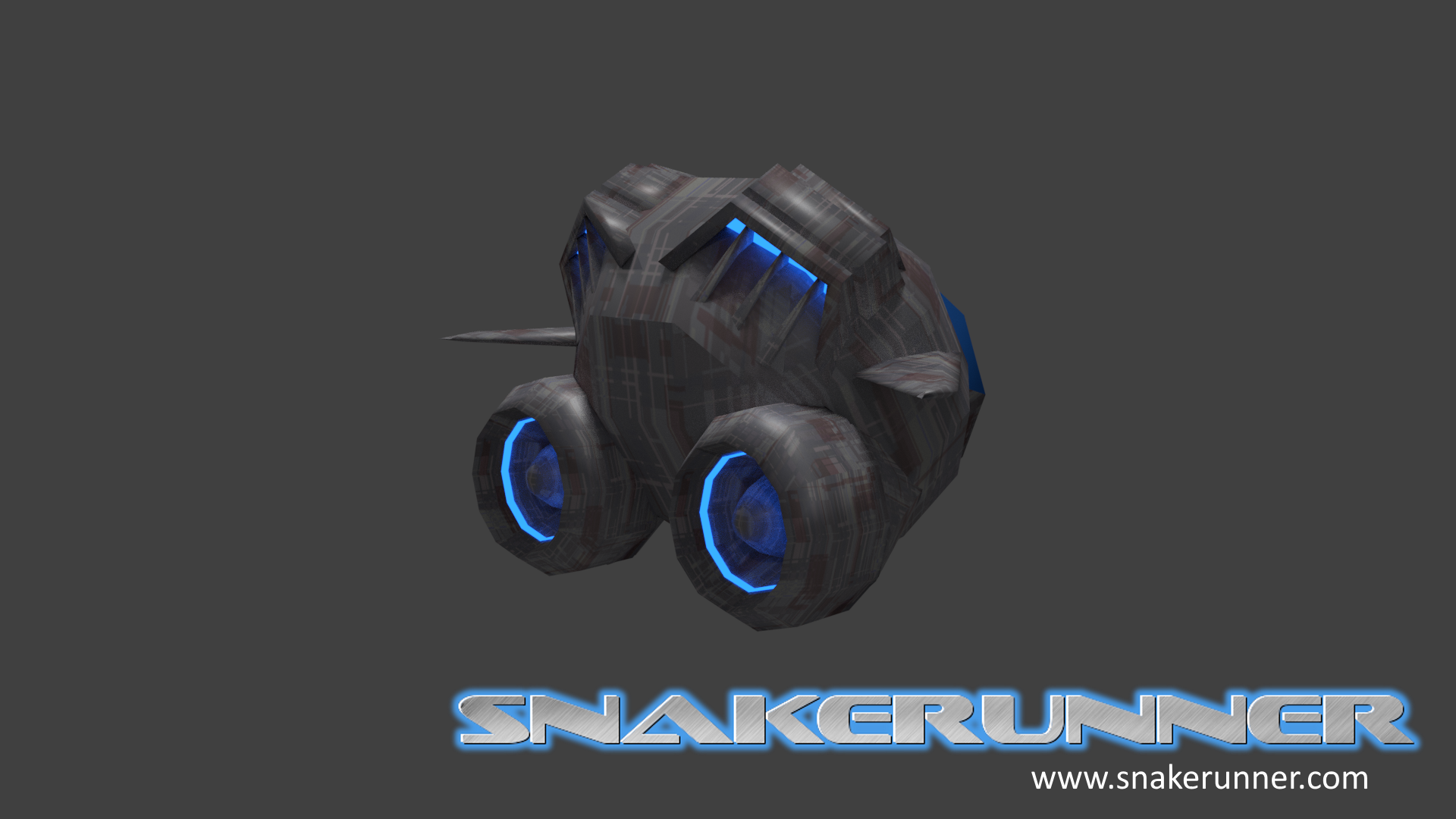 All of the ship models were made using something called Doga L3, which is pretty similar to Legos for programmers, allowing you to make models using a selection of prefab parts (It was great for modelling giant mechas); but as a result the models had a fair amount of internal geometry which I removed, cutting the poly count down on the models by around 30%

I was hoping to get the inner arena walls working by the end of this week, and have recorded a new gameplay video showing off the new graphical improvements, but sadly I have ran out of time.

So with that I shall sign off, until next time…